Is biodynamic Wine-growing a Myth or a Reality ?

There is no doubt that more and more fascinated private individuals and professionals are discovering a source of complexity, a surge of vitality, and an additional purity in the increasing number of biodynamic wines;

There is also no doubt that this type of agriculture, which differs from biological agriculture insofar as it adds very small amounts of preparations per hectares, quantities varying from one to one hundred grams, that have usually been dynamised in water, can upset those who try to understand it. How can such small quantities have any real effect on the quality of wine? Wouldn’t the result be the same with simple biological agriculture? Etc…

Faced with these questions, the group of those in favour and those against puff themselves up by publicly making boasts on a regular basis, as behind the scenes both sides prepare for battle.

In order to pass from the profound convictions which generate belief to knowledge and thus a more rigorous demonstration, there is finally a step to be taken here. It is on this approach that partially depends the authenticity of the quality of our future wines.
Let us begin by observing the corpse of an animal that has just died. In a few weeks its simple elements will again be part of the earth. Thus the question to ask is: where are the energies which constructed this organism in such a sophisticated manner ?Who took the calcium to sculpt the bone? Who took the silica to form the hair? Don’t these forces exist in other ways besides forming embryos ?

A seed, an egg. Are they not only receptacles of a perfectly organised world of energy which the forces of life give to Earth, which exists independently of their link with matter, through which they become visible ?

By asking these questions, we enter as do every day a few more physicist, thanks for example to magnetic resonance, into the discovery of laws that are very real and concrete, but are no longer, so to speak, terrestrial laws, in the sense that they are not submitted to the force of gravity, to this world of weight and volume discovered by Newton. It thus concerns laws that can not be measured in the same way.

In the third edition of my book “Wine From Sky to Earth” now available in  height languages, I devote an entire chapter to a presentation of tests, which are well-known in certain circles, that give images of this world of energies in the wine and the food, and the manner in which different types of agriculture can modify them. The microscope does not have access to these realities.

What must be understood here is that living beings are only a sum of frequencies or rhythms. It’s a vibratory world. There is no life without frequencies and mini-frequencies !

Our society and each one of us use this vibratory world on a daily basis, through satellites, portables, transmitters, microwaves, etc. We use it to such an extent that it becomes a problem, as this abundance of new frequencies disturbs those frequencies which influence life itself. No one is surprised to hear the voice of someone thousands of miles away on their portable. With the help of the portable, the call did not even use a thousandth of gram of waves. For waves are not to be measured by weight. When one speaks of biodynamic agriculture in terms of a few grams of preparations which act as relays or catalysers of precise processes indispensable to the life of plant, a life which we have seen is not tangible, those who have not become aware of the energy world they use every day become offended.

Let’s be serious about how many grams of quartz make your watch work for ever a year. So why shouldn’t a biodynamic preparation based on quartz accelerate photosynthesis, which generates the sugars, the colours, the aromas? Why wouldn’t the preparations destined for the earth accelerate mycorhiza, that is so to say, the linking of roots with earth ? A branch of the Swiss government came up with proof supporting that. For 18 years they compared the two agricultures: conventional, biological, and biodynamic. On the other hand, it is understandable that they multiply the use of all these toxic chemicals. To be convinced, you need only read the small print on the labels.

They inundate the vines and the soil with fungicides, with chemicals to prevent rot, spiders, pests, as well as herbicides. Each treatment strangles a little bit more the link between the forces which influences our lives and quality. 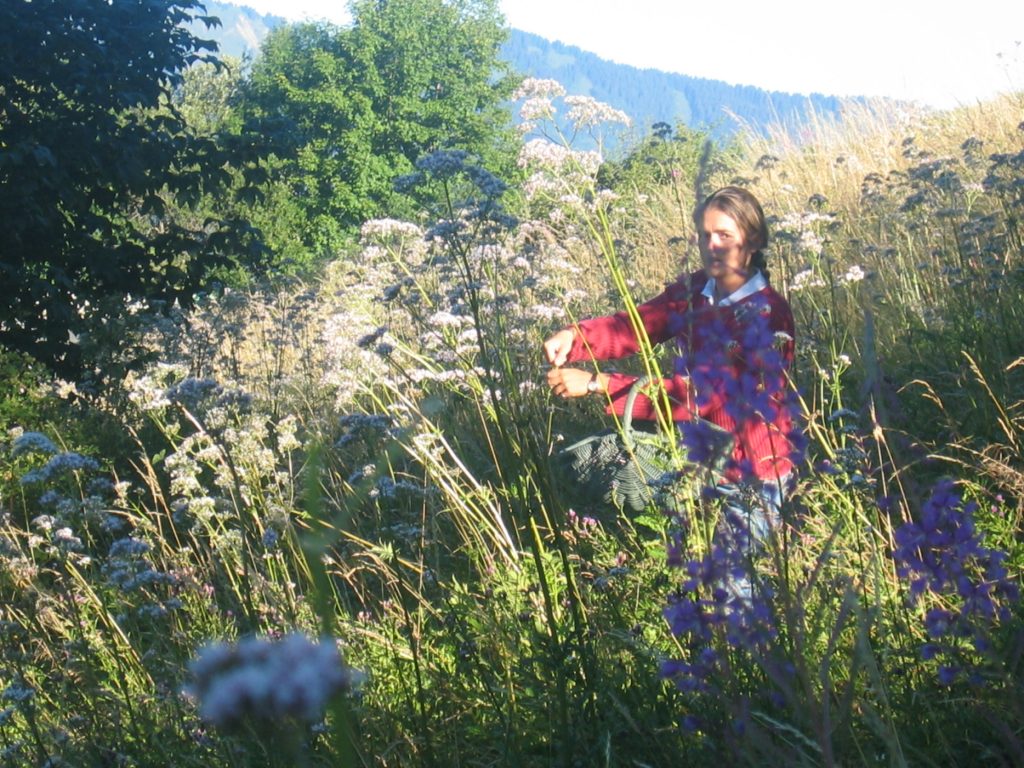 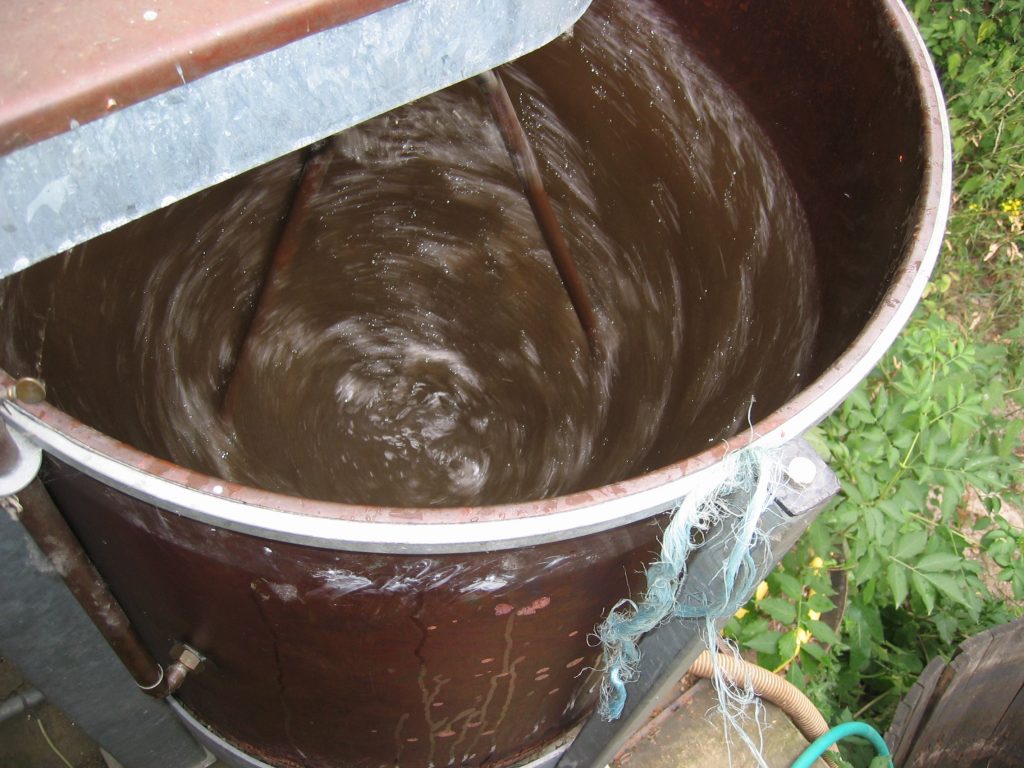 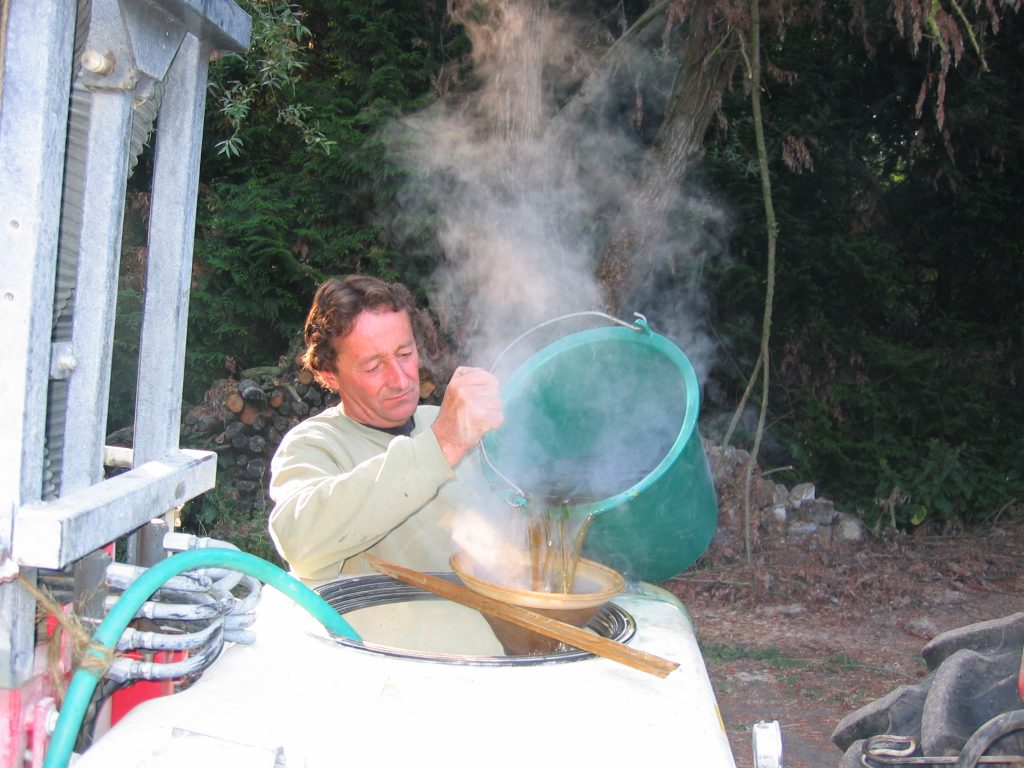 The result, dear wine-lowers, is three comments that are very important for the quality of the wines with which you stock your cellars :

Let us add only that to pretend that biodynamics is not effective is to be part of yesterday’s world. Unfortunately today’s world is just as alarming. The world of energies is an organised world that can be used either for good or bad. Biodynamics uses it without trying to modify it. Not everyone has the same scruples. All the more so since control over this domain is almost impossible.

Already one sees secretly for sale at 5000 euros a litre energised water, which does incontestably change the taste of wine in a way that is as real as it is artificial. And physically there is nothing added! Even if these deceptive effects can bluff any one of us, they are not really durable and can even invert. There is no doubt that the by-products of technology have already begun to touch the new energetic world.