The Rebirth of the Appellations

During the 1930’s the concept of appellations was created in an inimitable stroke of genius: in a precise locality, a precise vintage came from grapes with such a special taste that its originality would be legally guaranteed for consumers.

Seventy years later, what remains of the fundamentals of the protection? Unfortunately, for the most part, not much. However, from day to day people are becoming more rapidly aware and this seems to be restoring the in-depth understanding of the AOC or Appellation Controlée system. Let us first off, understand what happened.

How did these AOC wines lose even part of their luster ?

During the 1950’s and 70’s, agriculture counsellors began to frenetically make the rounds of the vineyards to recommend the use of herbicides. Not being obliged to work his soil the wine-grower saves an enormous amount of time. The counsellors carefully avoided telling the growers that at the same time they would be destroying the microbes and bacteria in the soil. Thus, they destroy the possibility for the vines to nourish themselves since no root can by itself feed on the soil without the assistance of micro-organisms.

The trap is carefully prepared, and, in fact, five or ten years later, everyone notices that the growth has decreased. Massive doses of chemicals fertilizers are substituted for natural growth, which is deficient? What do these chemical fertilizers consist of Salts, which force the vine to drink more water, to compensate for the salinity imposed on it. Every housewife who has seen large vegetables shrink during cooking, returning the excess water they were obliged to absorb, will know what I mean. It is the same type of growth that is recommended for the vine !

Shortly afterwards, on the one hand, there is an increased vulnerability to disease, and on the other hand a sometimes shocking unusual taste to the vintage. In order to respond more effectively to disease that are deliberately misunderstood, “systemics” are invented, a technique that makes treatment product pass directly into the sap. Previously, the product remained on the surface of the leaf, without interfering with the internal organism of the plant. This very effective response is going to, secretly at first; generate new diseases, which now represent an ever-increasing problem. In addition, it increases the number of residues in the chemistry of synthesis of the wine.

To deal with the unusual taste, an incredible technology has been invented, which transforms wine-cellars into factories. Over 300 aromatic yeasts are available to wine-growers, thus offering their wines an immense panorama of aromatic varieties, going from raspberry to banana, passing through black currant. Although these taste additives are legal, they are, of course, a complete lie in relation to the taste profile that the location knew how to develop, but who cares? Enzymes have also been created which take away the colour that used to be given harmoniously by the pulp, and fats, which gave the illusion of abundant sunlight, etc.
The high-priced counsellors who make their living through this arrangement, secretly generated to the detriment of the AOC, swear to the progress of wine-growing. Expressing a different agricultural point of view in this context, underlining what the laws of life on Earth consist of, is to put oneself at risk, s the reckless ones who have tried it can testify.
But nature knows how to take back its rights when the stubbornly refuse to listen. Recently one of the foremost wine journalists in France wrote:” How will credulous strangers look at the bottles of wine they paid 500 francs for, thinking to make an investment or keep them in reserve, when they realise that they have been cheated? The artificial booster, the heavy extract, does not stand up to the test of time.”

In other words, cosmetics do not age well in a wine, and time distinguishes between the good and the false. We are in the process of learning that the taste of wine, its harmony, its beauty, its elegance belongs to a qualitative world of intangible origin, which cannot be restored as one replaces a layer of paint. Quality comes from an organized and intangible entity, which extends itself into the grapes by respecting a certain number of the laws that generate life on Earth. The man of today is incapable of understanding the macrocosmic laws, since he is only interested in what is at the end of his microscope or on the screen of his computer. 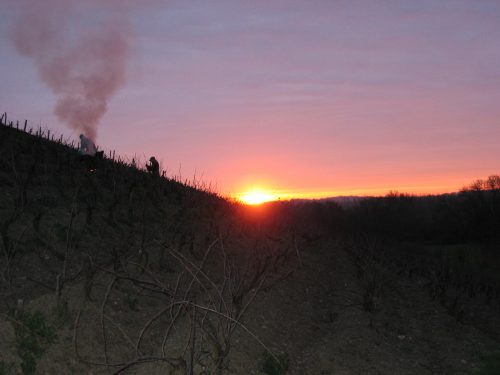 In the final analysis, the wine, like any other plant, only transforms the ethereal into material. That is what photosynthesis is: converting air, heat in wood, leaf and fruit, and also into taste, colour and aroma. It is energy becoming matter. Everything that is alive is composed of frequencies, which harmonize with each other. It is like a note of music, which cannot be weighted, but which is integrated into a global music. Each fruit is a receptacle of a harmonious world, from which life comes.
This life is generated by the enormous solar system, by a macrocosmic organization, which humanity gets further away from on a daily basis, for reasons that are often only economic.

The true-winegrower is he who devoted himself to this understanding of life, and is careful that each of his agriculture gestures does not disturb this vast system of creation. That is what organic is about, letting nature “work”. Biodynamics goes further, profiting from its knowledge of this live energy system to help the vine or plant nourish itself more thoroughly. It catalyses them by acting on the photosynthesis or the life of the soil, thus of the roots. And as energy is not measured in grams, (who cares about the weight of the waves when you use a portable phone?), the result can be achieved with infinitesimal dosage per acre of the preparations, a few grams or a few hundred grams. That is what so deeply shocks our materialist counselors, who still have yet understood that since life is a frequency, it is not to be measured quantitatively. There is also the fact that biodynamics is putting an end to the profitable market of the counselors, restoring to the farmer knowledge he should have never lost.
This change in direction by more and more wine-growers toward biodynamics came about because of the results. It also comes from the fact that the consumer is beginning to realize that the technological tastes can be reproduced anywhere on the planet. In other words, you can find the same taste at a fifth or a tenth of the price. For once, economic laws go in the direction of truth.

France is one of the countries of the world that has the most micro-climates and real vineyards. All that has to be done is to restore the knowledge, to bring them back to life again.

Let us take pleasure in recognizing in a wine a location that may be large or small and gestures that ate more or less correct, but which always display a desire for the truth. Let us protect this procedure with a charter of true quality. 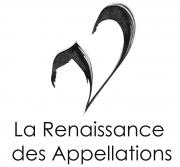